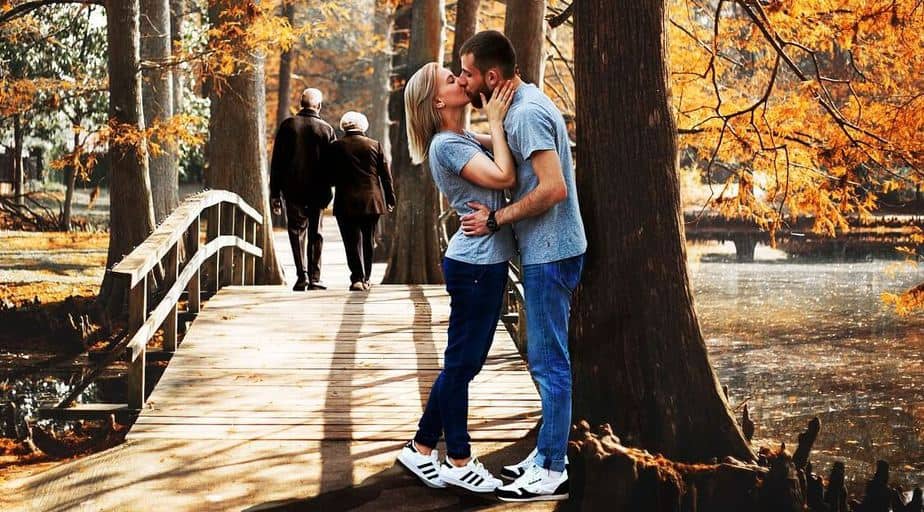 Living with your parents after getting married can be a good or bad idea, depending on where you stand. For example, it could help the newlyweds to save money or even start building their own family home while living in an environment where they’ve grown up.

It also offers emotional benefits like feeling safe and secure. But there are downsides too, like not having privacy, which you’d get if you lived on your own. And sometimes one of the people might feel like they don’t have any independence or freedom living with their parents.

So before making this decision, it’s important to weigh both sides of the argument carefully so that you can make a sound choice about what would work best for your unique situation.

A new marriage is a big change for both spouses, and it can be overwhelming to figure out where they should live. Some newly married couples choose to live with one of their parents while saving for a place of their own, which we strongly discourage for the following 10 reasons.

The lack of privacy is by far the most common reason why newlyweds should not live with their parents. Although it can be uncomfortable to think about, there are certain things you should never do in front of your parents.

Looking to get in shape before your big day? Try the Keto Diet! This free keto diet recipe will help you lose weight and look great on your special wedding day. Watch the video now to see the recipe!

Also, if they know where their children go and what they do all day long, chances are the newlyweds will feel like we’re being watched constantly which could cause them not to trust each other or open up as much.

2) Dependency on the parents

The second reason newlyweds shouldn’t live with their parents is that they become reliant on their parents for all of their needs, which might lead to a strained relationship and hurt feelings later when they attempt to leave but are unable to do so because they are too dependent.

Moving in with your parents might prevent you and your spouse from having the experience of growing together, which is an important part of a marriage. This includes making decisions by yourself, communicating with each other, and resolving conflict.

It’s difficult to know how far you can go if your parents are the ones who make decisions for you. Growing as a person comes from pushing yourself and making decisions on your own, which may be difficult if you live with your parents.

4) No enough alone time with your spouse

Quality time has been proven to be an important part of a healthy marriage, however, there is no space for that if you’re living with your parents.

Although it’s important to be around your family, living with them limits the time you get to spend alone together. It might even cause feelings of resentment if one person feels like they don’t have enough time for their spouse or that they’re stuck doing all the chores instead of relaxing and enjoying life.

It’s easier to avoid conflict when you live with your parents, but it might be more challenging to try and resolve issues in a healthy way. This is because the same people who tell you what they think about everything may also end up telling you how you should solve problems that arise between the two of you.

This can lead to one person feeling like they don’t have any independence or freedom.

It might not feel like it at first because they are supportive and love seeing their children happy but sooner or later they may start getting in the way by offering advice on every little thing which makes them overbearing.

When we got married we wanted to enjoy sex from the kitchen to the bathroom to the living room and even outside. However, there was no way we could do that when our parents were around because it felt like they’d be listening to every single noise the two of us made.

This is an important part of having a healthy relationship; you need to feel comfortable expressing your needs in order for both people to be happy.

It’s not just sex that is affected by living with your parents. If you can’t be open and honest about what you want, chances are the entire relationship will suffer as a result of it over time.

Living with your parents makes it difficult to express anything because they could potentially hear or see whatever it is that goes on between you two.

7) You have to pretend you’re okay even when you’re not, to avoid questions.

When you live with your parents, there’s no escaping their questions or concerns about how the two of are doing.

However, it might not always be easy to answer honestly when they ask if everything is okay between the two of you. You will find yourself pretending that everything is fine even when it’s not because you don’t want them to worry.

When your parents ask how the two of are doing, sometimes you might feel compelled to lie or avoid telling them about what’s going on in order for things between the two of you to remain peaceful.

Living with your parents makes it more difficult to express your feelings and concerns, especially when they might be difficult to talk about.

This is the kind of thing that can have a negative impact on your relationship because you will feel like you can’t say what’s really going on between the two of you sooner or later which could cause resentment.

Some parents are very supportive when it comes to their children’s relationships, however, others feel like they can give advice on how things should be.

When you live with them, there is more of a chance for this kind of behavior because the same person who tells you what to do also happens to see everything that goes on between you two.

It’s not just the person who gives unwanted advice that is a problem, but also their lack of boundaries in general. If you feel like your parents are watching everything you do, it might make it difficult for the two to have private time together without anyone knowing what goes on between them.

When your parents interfere in your relationship by telling you what to do, it might make the two of feeling like they can’t be open and honest with each other without any judgment.

This is something that could negatively affect your feelings for them because if their advice isn’t wanted or needed, then it’s just an inconvenience which makes things harder than they need to be between the two of you.

9) Parental advice is not always helpful

Sometimes it might be a good thing that your parents are there to give you advice when things get tough, however, in other situations their advice isn’t necessarily helpful or even accurate.

When they insist on telling you how to fix your relationship problems without having any idea about the reality of what’s going on, it will make you angry. You might feel obligated to listen to what they have to say even if it doesn’t work because you’re under their roof.

10) You have to deal with your parents’ rules

When you live under the same roof as your parents, it’s only natural that they want things done a certain way.

Whether this means cleaning up after yourself or not bringing people over when they aren’t home, there is no escaping their expectations about what goes on in their house. When these rules aren’t followed, it makes them feel like they can control every aspect of your life even if you’re an adult.

The rules that parents set out for their children while they live at home might not always be easy to follow or understand which could cause a lot of tension between the two of you over time.

In conclusion, the reasons why newlyweds shouldn’t live with their parents are: